One of the biggest training projects we carried out this year was for RETRA – a trade association that has supported businesses within the UK Electrical Retail industry since 1942.

Training has always been an important component of retra’s many membership services and benefits, but when we first met up with them they told us how participation and attendance of retailers in their training programmes had been declining steeply in recent years. It was no longer cost effective to hold large training academies at venues where fewer people were turning up.

They told us they wanted to move to an online training programme. This would have the benefit of enabling retailers to participate in training without having to release, pay for and cover staff sent out for the day. Trainees could engage with the training whenever they had a spare moment – during quiet times in store, during lunch breaks  or even, for those dedicated enough, in their own time at home.

As it turned out, this was right up our street. We’d been looking into setting up online training since starting T21, having noticed that people were less willing and able to attend traditional ‘classroom’ type training events. There’s still enormous value to these, and we do like to run them where we can, but it’s a simple fact that no matter how great your training classroom is, it means nothing if people don’t turn up. Given the fact that there are so many options now for engaging with web-based content, online training seems like a great solution. A no-brainer.

However, we also believed that many online training courses were … how can we put it politely? … a bit naff…

So we took a long look into why online training courses quite often failed to hit the mark.

We subscribed to a few courses and looked at all the mechanics: the visuals, site navigation, the menu layout and how easy it was to find what you were looking for; and we looked deeply into the content itself – how was it presented, how easy was it to engage with and understand. One training course we looked at consisted of no fewer than twenty-five videos, which sounds great in principle, but each of those videos was essentially an animated PowerPoint slideshow (narrated, admittedly, by a very friendly voice), each with running time of between twenty-five and sixty-five minutes. The content was actually pretty good, but impossible to engage with in short bursts. Ironically, part of that particular training was about the shortening attention spans of the Millennial Generation…

Anyhow, long story short, we decided on a bright, bold layout with easy to find content; big, bright buttons for ease of navigation, and a presentation which blended short films, bursts of text, plenty of relevant images, quizzes, and an award structure of certificates, points and badges. We put in a leaderboard, an archive in which additional content unlocked as trainees progressed, a forum for instant feedback, a user dashboard showing latest achievements and awards, and even a social page where trainees could ‘follow’ each other.

Here are a couple of screengrabs to give you an idea.

Each Trainee has their own personalised dashboard, displaying latest awards and badges and links to the courses and supporting sub-pages of the training site. 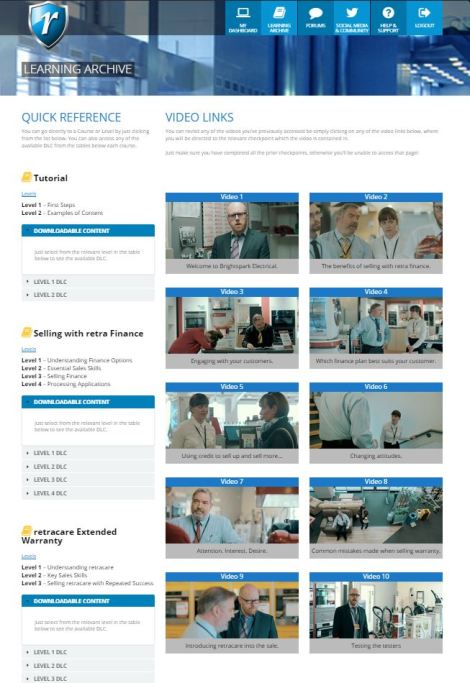 Importantly we also ensured that our site was easy to use on mobile devices and could work fluidly on both new and legacy browsers & operating systems.

Then Microsoft launched Windows 10… and we held our breath…

And then relaxed. Our platform works beautifully on Microsoft Edge and we haven’t yet encountered any issues with W10…

Our MD Paul Laville took a picture of his wife using an early test-version of the site on her iPad. Inadvertantly this image was used in all the magazine and online coverage that the launch of the retra training received throughout the summer of 2015!

The biggest issue we actually faced was the fact that retra have on their books some 1200 or so members. Most of these are retailers, and it was these retailers whom the training was predominantly aimed at: but they vary widely, both in the size and focus of their businesses, the demographics of their customer base and the age and experience, skills and ability of their staff.

We enjoy a challenge!

One of our strengths is that we’ve all spent many years in the world of electrical retail – as shop floor sales assistants, departmental, area and store managers, as suppliers’ reps, account managers and team leaders. The trainers at T21 all have real-world, hands-on experience as successful sales people, both on the shop floor and out in the field. So we asked ourselves constantly, “What would we want to see if we were on the shop floor going through this online training?” What would keep us engaged, and what might switch us off?

Well, the courses are incredibly in-depth. They kind of have to be. Retra commissioned us to provide comprehensive training on selling with retail finance, general  shopfloor sales skills and selling extended warranty, which retra provide through their business arm, Retracare. They’re both big subjects, and they have to adhere to Compliancy Guidelines, so we tasked ourselves with making each module short, concise and impactful. Early testers took between one and three minutes to complete a single module. 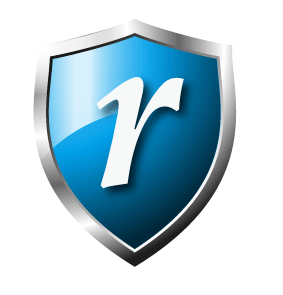 We used film quite a lot – actually we scripted and shot no fewer than TEN training videos, and these have to be seen to be believed. Think you know what a training film is? Think again! (We’ll cover the films in a separate blog entry because this one is already long enough!). Average film length is around two minutes – so nothing like the epic yawnfests we saw in the ‘A N Other’ online training.

All-in-all the retra project was hard work, but it was challenging and fun to do. We had a few dramas with the content and the IT build – some things didn’t quite work how we wanted them to initially so there was a fair amount of code-wrangling and bashing of laptops – but for the most part it was hugely enjoyable.

In the the final part of the training we set up a feedback form. With such a diverse range of people engaging with the training (as mentioned above) we wanted to know what we got right and could do more of, and also what we missed. And although it was tempting to have trainees sign their names to the feedback, we decided to keep it anonymous. We didn’t want trainees to feel obliged to write something amazingly complimentary if they didn’t like the training or struggled to get on with certain aspects of it. Rather we wanted to know what didn’t work, so that we could fix it, and we’ve already acted on the feedback received to date – tweaking some of the quiz questions, making the site more responsive, clarifying any unclear areas and removing any unnecessary ‘game-breakers’. And we have to say, we’re really please with how it’s been received by retra and the retail trade.

Here’s some of the anonymous feedback we’ve received so far:

“First training course I have enjoyed completing for a long time. Very informative and brilliantly laid out.”

“The balance of the training is impressive.  Many people (salespeople especially) have a natural aversion to being taught – mainly as a result of repetitively having to learn by themselves or simply a feeling of being patronised – and cannot see the value of the learning process, which isn’t always apparent at the beginning.  With an open mind, however, along with patience and perseverance even the smallest tidbit of advice can be enlightening.”

“Overall I think this training program is a must for anyone in retail.It has made me much more motivated to drive sales, I just hope it does for my staff as well. I hope there will be more training like this in the future. The characters in the videos  are brilliant.”

And finally, here’s a quote from Howard Saycell, CEO of retra, who said in the press that the training was:

“One of the most comprehensive and ambitious training platforms in the electrical retail industry.”

We heartily agree, but then we would. Wouldn’t we?

See you on the next blog entry 🙂