In some quarters ‘Sales’ must be a dirty word.

I’ve been thinking about this a lot, for one reason because lately I’ve had a whole bunch of people knocking on my door ‘not selling me anything’. True, I’ve had plenty of people on my doorstep offering me counsel on my domestic solar needs or a free consultation on their cutting edge hydration purification solutions. Last week I opened the door to a very helpful chap who just wanted to tell me how willing he was to assist with facilitating my ‘recycling journey’ for £150 a month, and I can’t even count the beautiful people who’ve gone the extra mile to give me unending advice on the harm I’d be inflicting on the planet if I didn’t switch immediately to another supplier of fossil-fuel-burning by-product.

I could have ignored them sure. But the fact is I don’t get out much and I’m always up for some verbal wrangling at my front door. Anyway, the point is that not a single one of these philanthropic evangelists admitted that they’d knocked on my door to sell me anything when I challenged them on it.

“I’m an adviser,” they all said. “Honest. I’m not selling anything.”

An adviser. Really? If that were true, I can imagine their conversations with the boss at the end of the day:

Adviser: “I advised one hundred and fifty people on their domestic solar needs today, boss!”

Boss: “And how many panels did you sell?”

Doesn’t happen does it? Fact is they’re selling. Or trying to. Most of them badly and maybe they’d do better if they actually focussed on selling rather than trying to pretend they’re doing something else.

The other reason I was thinking about this is because I took a call recently from a retail manager who wanted a course on consultative selling. The business had set out in a new direction and some of her top sales staff had been moved into shiny new premises where they’d been elevated to a consultative role. The project had been ongoing for six months I was told, and now it was in jeopardy. I asked her why and the answer was that her sales staff “Seem to have forgotten how to sell.”

So we met up with these new consultants, who cheerfully told us that they were advisers now. Not mere sellers. Not for them the day-to-day grind of a busy shop floor.

I believe this counts as an Epic Fail. Or maybe it’s a deeper semantic issue and I’m being too flippant? 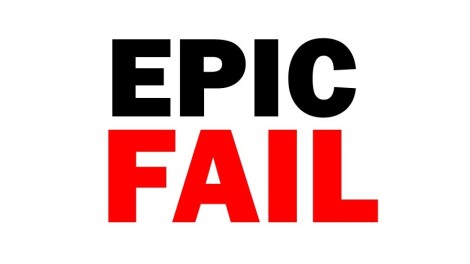 But it was interesting, I thought, how one group of people used labels such as ‘Consultant’ and ‘Adviser’ to try and disguise the fact that they were really selling, and there was another group who appeared to hide behind the same labels and use them as a reason not to sell. Just recently, this weekend after I started writing this article, I didn’t buy a new kitchen. Why? Because the ‘consultant’ after working incredibly hard putting a quote together and designing my new kitchen, spectacularly failed to sell it to me. Maybe they didn’t want my business. I don’t know… perhaps I just have that kind of face…

Being a consultant or an adviser is a different kind of sell to the ‘instant fix’ which happens on most retail sales floors. But it’s a sell nonetheless, and it’s usually, as in the case of my new kitchen, a very high ticket sell too. 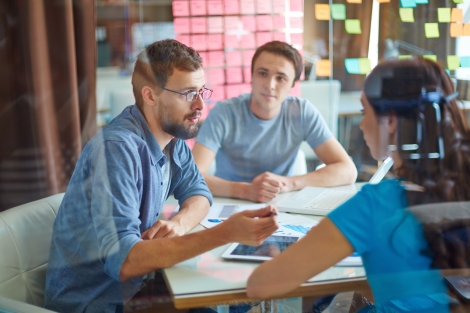 Maybe I’m being too simplistic, but in my head, you are a consultant when a customer has made an appointment to sit down with you for an hour during which you discuss a complex and specific need. You look at the end goal and you plan out in detail how to achieve it within certain parameters – such as time, location and budget. You bring all your experience, knowledge and expertise into play and as you define the steps of a project you begin to cost it out. You bring in options, maybe there’s a budget solution and maybe there’s one which pushes ever so slightly above it. A good example could be – well – my kitchen. Or a bunch of smart home solutions. Usually these things are high ticket and high margin, plus there’s usually a service side to it too. So these are important sales that need to be closed. No beating around the bush, no hiding behind labels. The consultancy sell is a valuable sell to the business. And arguably the highest value, the biggest gain with this kind of sell is your customer’s loyalty and evangelism, because if you do a great job with that project, they’ll insist to their friends and family – not simply suggest – that they do business with you too.

But here’s the drawback:

The customer would expect a quote for the project and would need some time to look it over. There should be an expectation that they’d probably visit at least one other consultant for comparison. So for once in the sales process, you have to cater for the possibility that your prospect really will, genuinely, need to take some time out to ‘think about it’.

And because they’re unprepared to deal with it, this is where many newbie consultants fall down.

Let’s say that the customer ends up with two quotes at virtually the same price, and that in all other aspects they’re identical.

Which one do they go with?

For me it would be the consultant with whom I had a better rapport, the one who fully understood my needs and concerns and in whom I had more confidence. It’d be the one who wasn’t afraid to call me up a few days later to ask how I was getting along and did I have any questions, the one who offered me a token incentive to return and do the deal with them. I would go with the consultant who sold it to me.

Just because we’re calling our sales staff ‘consultants’ it doesn’t mean that building rapport, understanding needs, offering reassurance, incentives to buy and follow-up should be forgotten. These are the essential building blocks of the sales process and they apply whether you’re standing on a sales floor selling shoes or sheds, or knocking on doors or sitting in a customer’s kitchen with a cup of tea planning the transformation of their home into a fully-connected smart environment that will one day enslave humanity.